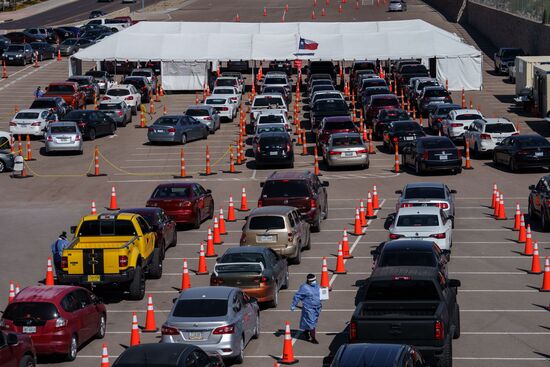 Ivana Giang and Cindy Pineda, co-chief diversity officers of the Undergraduate Student Government, are organizing a town hall Friday for students to offer their opinions regarding the efficacy of current cultural spaces on campus.“This has been a conversation within USG for the last several years,” Giang said at Tuesday’s USG Senate meeting. “I’ve been in USG since my freshman year … which was when campus climate happened.”Giang explained campus climate was a list of demands made by a coalition of student groups regarding creating a more inclusive campus for marginalized groups.“We wanted to open this up to students who aren’t affiliated with USG to tell us what cultural spaces and resources they want to see here,” Giang said. Pineda and Giang are due to report to Provost Michael Quick in December regarding cultural spaces. Giang and Pineda said the town hall is meant to allow diversity officials to more accurately represent their constituencies and their views on actions taken thus far. The town hall will be held Friday from 1 to 3 p.m. in the basement of the United University Church. The town hall aims to offer an opportunity for students outside USG to give their perspectives regarding the efficacy of the currently existing cultural spaces on campus.Karen García, the executive director of Latinx Student Assembly, has been a vocal advocate for inclusivity and increased support for diversity at USC.“Especially with the growing diversity that USC likes to promote, there will be more need for space for these communities,” García said. “International students are a group that should have their own space, considering how large the population is at USC.”This initiative, according to Giang, is within the jurisdiction of Student Affairs, which released a five-year plan in 2015 with goals regarding the empowerment of students. One of the goals on the Student Affairs website specifically mentions diversity, stating that it aims to “educate students to advocate for themselves and others, develop and broaden their knowledge of diversity and be agents of change.”Giang noted these goals, and said that the meeting on Friday is intended to be in the spirit of this goal in particular. “It’s a big conversation and it’s a big movement and progress is slow, but I think the biggest takeaway is that this report is a huge step towards having these voices heard that haven’t been listened to in the past,” Giang said.García said she hopes for higher accountability and action regarding the cultural spaces, specifically mentioning that El Centro Chicano’s space is overcrowded.“There are a lot of communities that are not being represented in cultural centers,” García said. “A lot of students are being overlooked and are falling through the cracks. Simply advertising diversity isn’t enough without actually catering to students who need resources and come here expecting those resources.”The USG Senate also voted unanimously on Tuesday in favor of election reforms that aim to increase the wellness and overall election experience of the candidates, and increase transparency in the election process.

The Wisconsin women’s soccer team is on the road after splitting a two-game home stretch with a win and a loss. Despite a devastating final-minute 2-1 loss to Central Michigan last Wednesday, the Badgers were able to pull off a win over Penn State 2-1 Saturday.Yet the schedule won’t ease up anytime soon, as Wisconsin (6-3-0) is headed to Michigan for a two-game road trip that looks to be a taxing one. The Badgers face Michigan State (8-1-0) on Friday and Michigan (6-2-1) on Saturday.“Even though Penn State was a great win, we have about 10 more games ahead of us,” senior midfielder Leigh Williams said. “Every one is going to be a battle.”The Spartans should be a challenge for the Badgers, as their offense has looked nearly unstoppable this season. Senior forward Laura Heyboer was named co-Big Ten Offensive Player of the Week Monday after scoring the game winning goals in MSU’s last two games. So far this season, Heyboer has already scored 13 goals. The Spartans have also benefited from the contributions of junior forward Olivia Strader, last week’s conference player of the week.“We need to play our game and defend together as a unit, and I think in doing that we will be successful,” senior goalkeeper Michele Dalton said. “Last year, we had success in defending them and [Strader] specifically, so that is something we need to do again this year.”A strong defensive line and continued strong play from Dalton will be crucial for success against Michigan State. Penalties and mistakes made by the Badgers in their defensive third have previously led to goals and many scoring opportunities for opponents, and a player like Heyboer will not hesitate to take advantange of them.“I know Heyboer is a major weapon not only for Michigan State, but in the Big Ten,” Dalton said. ” She is a really great goal scorer. But we also can’t lose sight of the other dangerous weapons that the team presents both out of the midfield and attacking from the back.”“Every team is going to have their good players, so we are just going to go at it like any other game,” Williams added. “We are trying to push it upon the younger kids that every game matters.”In order to be triumphant against the aggressive Spartans, the Badgers will need to bring the correct mentality to the field Friday night. Following such a big win against Penn State could prove to be UW’s biggest roadblock if they don’t channel their enthusiasm into playing its best against the Spartans.“We know what we are capable of now,” Dalton said. “Coming off of a hard loss against Central Michigan, we were able to rebound against a team like Penn State.“We need to go into every single game with the same exact mentality that we did against Penn State and the same energy and same belief in each other,” Dalton said. “There is no doubt in my mind that we will be successful in every game if we go in with that attitude and mentality.”